Over the past few days, I have read on french news sites that a french entrepreneur called Bertin Nahum has been named as 4th most innovative entrepreneur in the World by Discovery Series. (he’s french by nationality)

I have seen my beninese friends telling the same but that he’s beninese (his parents are born in Benin, he may have never visited this country). Someone even edited his Wikipedia article just to add “originaire du Bénin” (it means “beninese native” which he’s not. See below. LOL).

And I guess if I had senegalese friends they will be calling him senegalese entrepreneur (he’s born in Senegal).

So, to french people, I would like to say it’s time you start recognising african born people are contributing a big chunk to your economy. 😉

To my beninese friends, I would like to ask: what are you really proud of? that you are born in the same country as the parents of someone you don’t even know? or what? please enlighten me… what are YOU doing to change the World? that’s what you should be proud of.

Be proud of your own achievements, not others’.

This site uses Akismet to reduce spam. Learn how your comment data is processed. 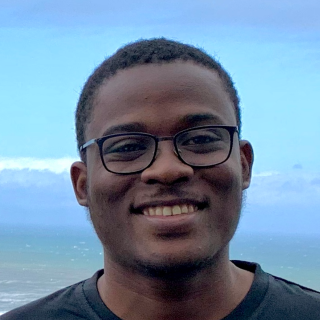 Ulrich is an experienced software engineer and entrepreneur with a passion for solving problems. He enjoys helping people and businesses frame difficult issues in ways that foster the emergence of the best outcomes for them and/or their businesses. His first experience with technology came at age 8 in his uncle’s computer repair shop where he played with early versions of personal computers. He founded his first internet company out of a cyber café (because he didn’t own a computer then and didn’t have enough money to buy one). He would help the owner repair their computers and they would let him navigate the Web for free. Since then, he has gained valuable experience in software engineering, architecture and design as well as marketing, sales and overall skill-set to run a software business.